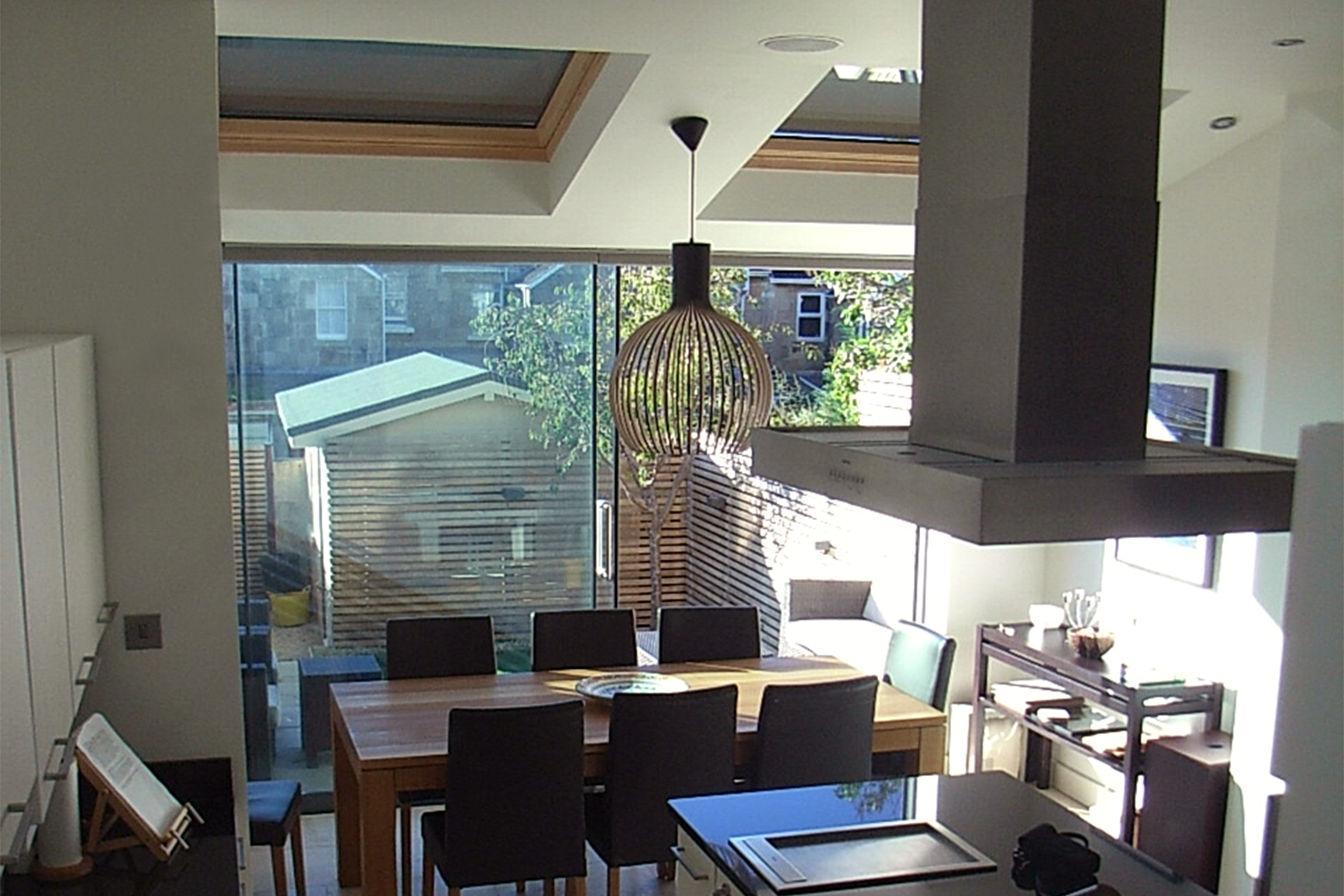 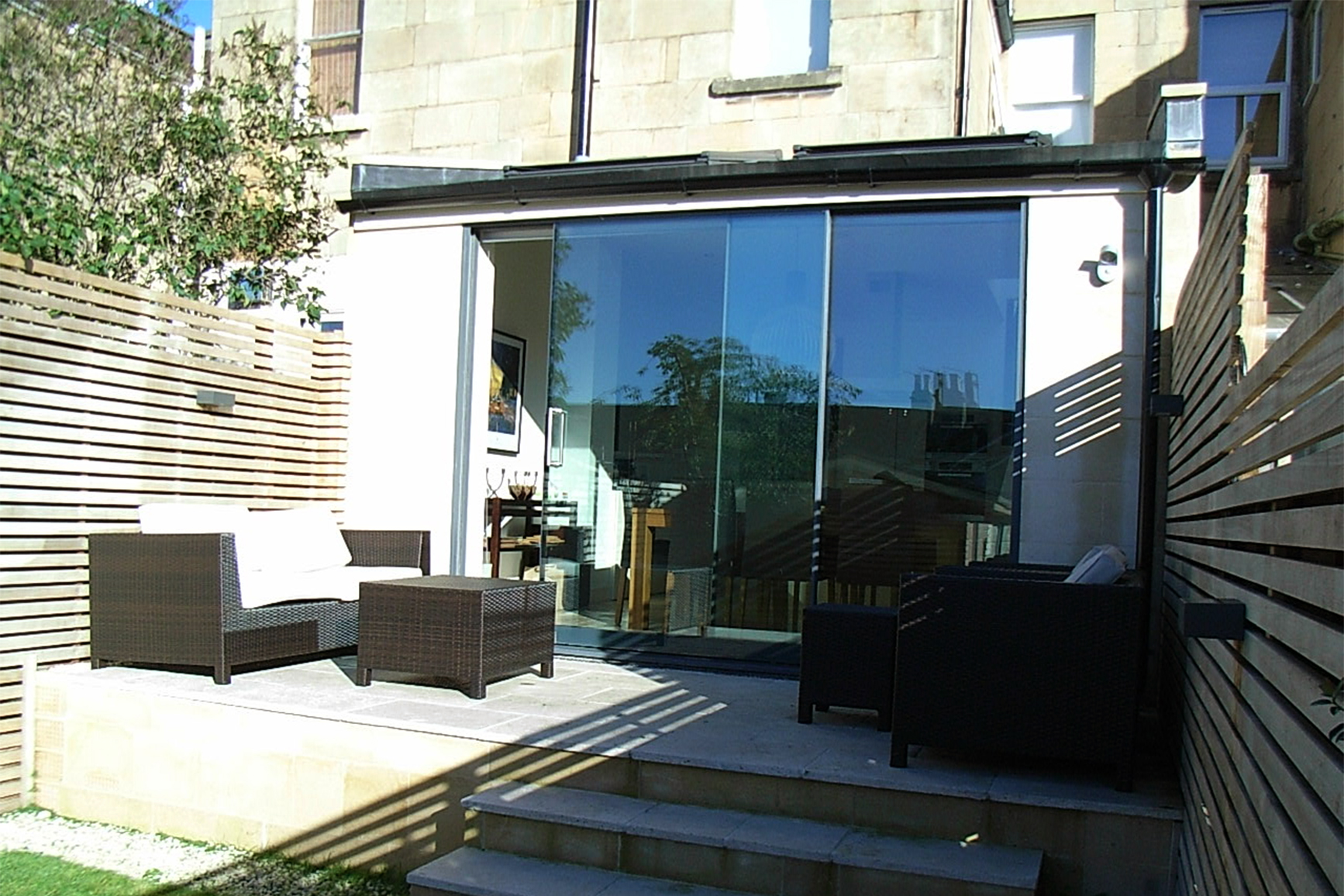 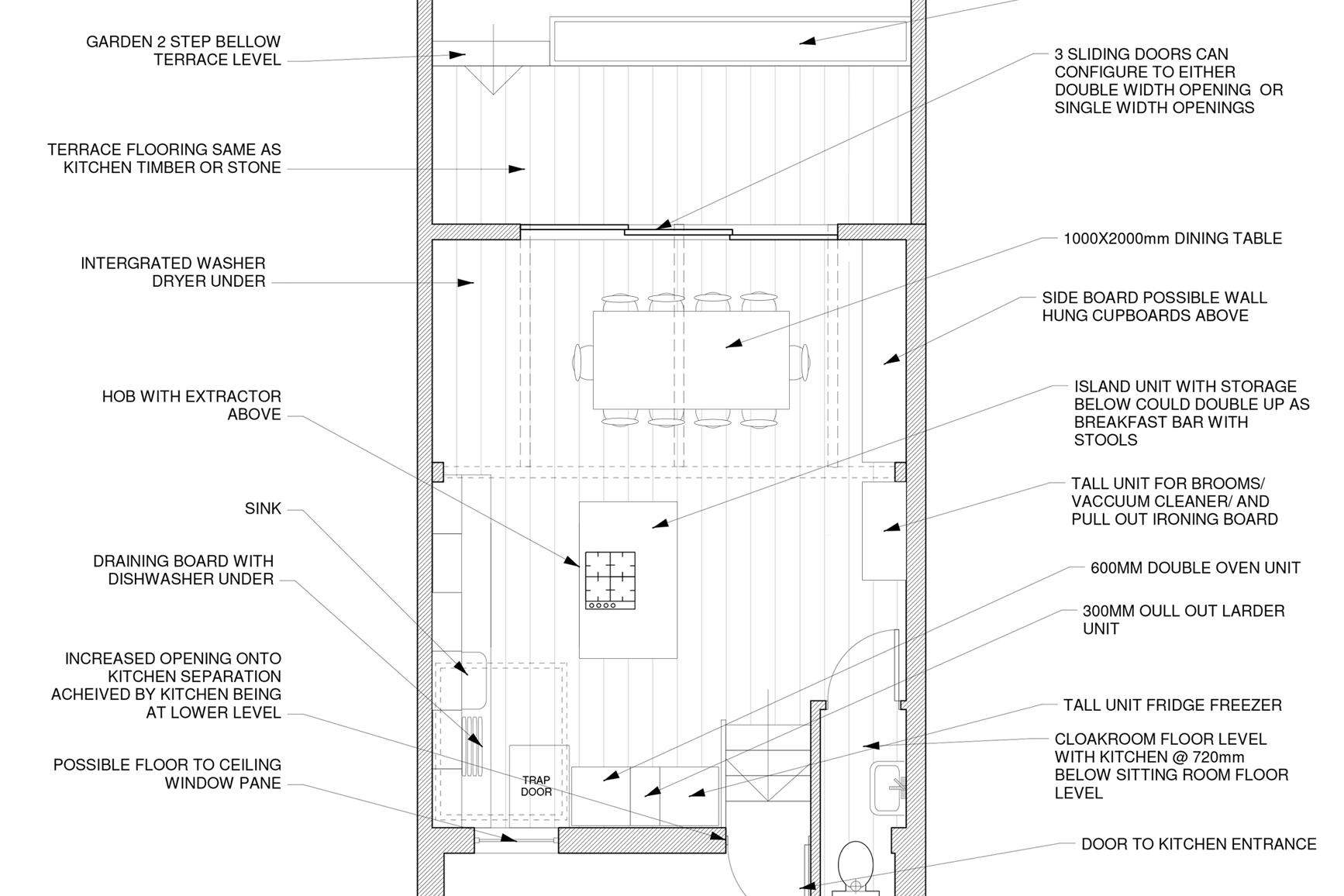 This Victorian Terraced house had the kitchen in a dark extension to the rear of the house, it had a further lean to which was used as a shed. A return was left to allow light into the back room. The windows were small and there was little connection between garden and kitchen.

The client wanted to make a larger kitchen and dining room extension which connected with the garden. The extension needed to have plenty of light and be highly insulated for comfort and to reduce the energy costs of the whole house. An ‘outside room’ needed to be created beyond the extension to create an open air eating area.

We wanted to use the whole width of the house for the extension and have floor to ceiling folding sliding doors onto an outside timber deck area which would become the outside room. In the summer the kitchen could be completely opened up to the garden. The extension was designed to be same depth as the original extension plus shed to minimise objections at planning. We wanted to bring light into the back room so we had a rooflight in line with the original back window. The window was removed and a glass pane was installed to get as much light as possible. The extension was stepped down from the back room which gave separation between the old house and the new extension. The decked area was made level with the extension floor so that the occupant can seamlessly move from one to the other. The deck steps up from the garden.  The extension which was bright and spacious became the most important family room and was able to be used all year round.

The first floor of the old extension was supported by steels which spanned the whole width of the house.  A Party Wall Award was reached with the neighbours and the Party Walls on the boundary were made into cavity walls, highly insulated and raised. On the side return the roof was slopped so that it was higher than the existing window and allowed angled light to come into the back room of the house.  The roof was highly insulated. Where it was flat further rooflights were added. The folding sliding doors were highly efficient double glazed units which gave good insulation and were  of high quality allowing any occupant to open the doors with ease.

From the plans supplied the client was able to choose a kitchen to our design, which was delivered to site before the extension was finished. No time was wasted before it could be fitted by the main contractor. The clients had very strong ideas for the interior of the extension which we were able to work with to create their desired space. The timber used on the outside deck was also used as fencing and created a wonderful protective envelope to be in.