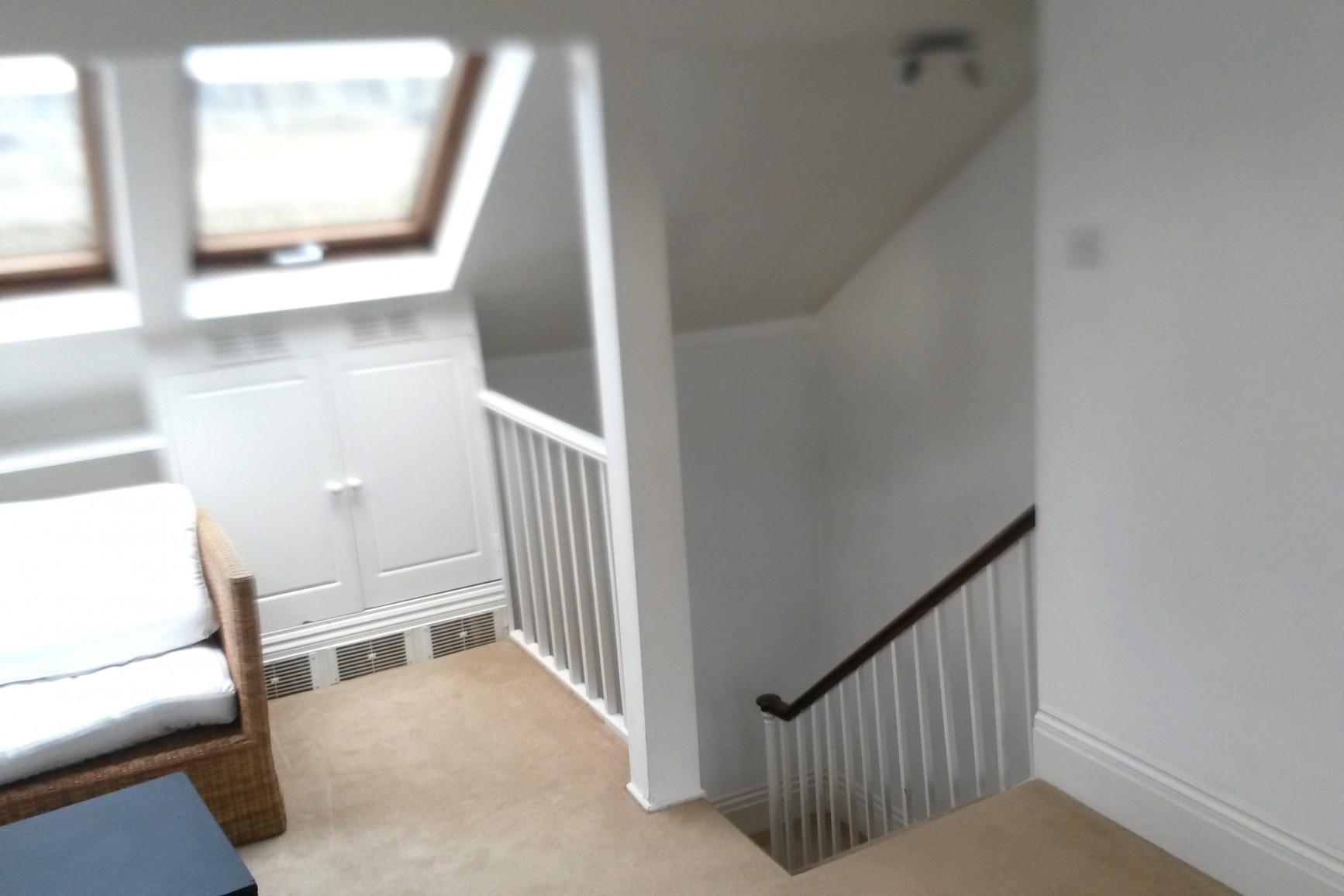 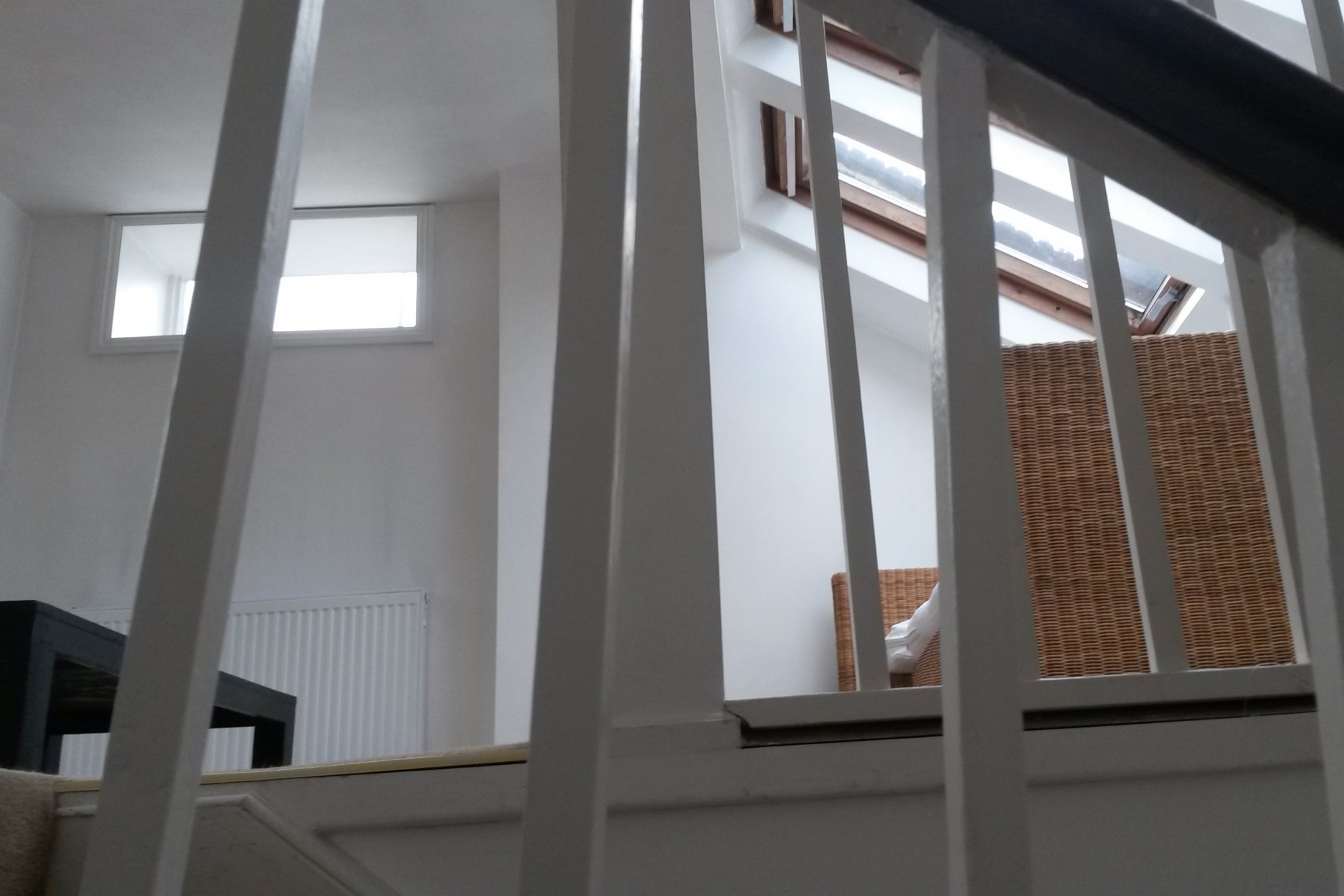 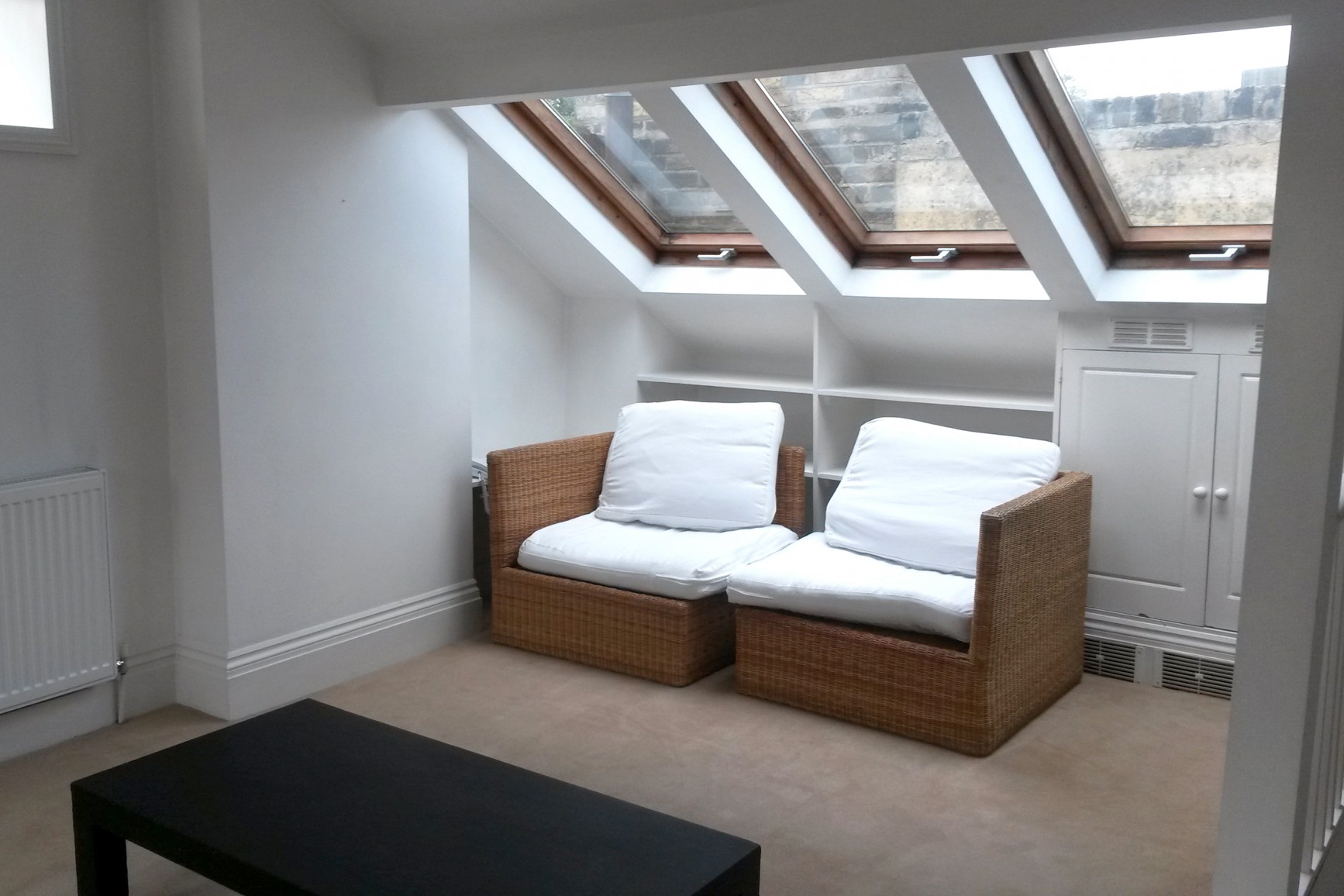 The upper parts of this Georgian House in Islington, London had been damaged by a fire and the building had been neglected for a number of years.

The client wanted to move down to the ground floor and have the remaining part of the house converted into self contained flats for rental purposes.

On the first floor we kept the elegant Georgian living room intact which took the whole width of the house and had one bedroom to the rear and split the remaining room into a galley kitchen and bathroom.  We restored the fireplace, cornices, windows and doors.

On the second floor, where the ceilings were lower we replicated the first floor but divided the sitting room to add a second bedroom. A lobby and fire escape were added to comply with fire regulations. The proportions of the rooms remained elegant and a more contemporary look was achieved with the decoration and finishes.

The third floor was in the roof space and not visible from the street. It was important to give an impression of openness because the ceilings were low and sloping. We were able to leave the staircase open into the sitting room and have two rows of rooflights in the slopes of the ceilings. We kept these symmetrical and had no rooflight over the staircase as we wanted the person entering the flat to be drawn by the light in the living room. We were also able to have a high letterbox window on the side wall which allowed the occupier to look over the roof tops of the neighbouring houses while standing.  From the living room we had a lobby leading to a bedroom and en-suite bathroom. The bed fitted under the slopping roof, a traditional sash window was placed on the side wall for light, ventilation and outlook. The bath and WC were also put in the lower parts of the bathroom with a rooflight over the WC to allow for light, ventilation and headroom. The kitchen also came off the lobby and was in two parts, the cooking area which was full height and wet area where the sink was placed in the slope of the roof but the user had full head height. It was decided not to have a roof light here because there were no views, the ventilation needed to be mechanical and we wanted to save costs.

The windows that could not be repaired were replaced, the chimney stack which was not safe was rebuilt using the existing bricks. The brickwork to the back and the front of the house was repointed. The brick work to the side of the house was too damaged to repair so this was rendered with the consent of the Local Authority and the Conservation Officer.  The roof was stripped, damaged rafters replaced, insulation added between the rafters and a breathable roof felt was installed under new slates. The gutters inside the parapet wall were stepped and leaded to allow for movement in the lead and a suitable fall for the rainwater to evacuate. The house was restored, only replacing what was necessary. The flats were light and well proportioned. The bathrooms and kitchens were highly specified to be luxurious and practical. The other rooms were well proportioned and light.

In the first two flats, the furniture was simple, sparse and elegant allowing the tenant to bring in their own objects and their own character into the dwellings. The top floor flat in the roof was the most quirky and least flexible. This one was fully furnished. The design has maximised available space and created a sense of space and surprise to those visiting. It is the flat that lets the quickest.